Fernando Pires Maciel Barbosa was born in Porto in 1948 and graduated in Electrical Engineering at the Faculty of Engineering of Porto University, in January 1972, after the completion of the regulatory stage. He started as a Monitor at the Faculty of Engineering, in subgroup B (Energy), in October 1971, becoming a teaching assistant in February 1972. He obtained the M.Sc. in October 1977 and his Ph.D. in December 1979 at UMIST (Manchester), having worked in the area of ​​Reliability of Electrical Power Systems under the guidance of Prof.. R. Allan. In March 1980, went on to perform the duties of Assistant Professor in the Department of Electrical and Computer Engineering in the Faculty of Engineering of Porto University, and professor since March 1989. He has been teaching classes at the Bachelor and Master in Electrical and Computer Engineering in the area of ​​Electrical Systems Analysis. Was forming in various activities promoted by the European Social Fund and the FEUP.

He was responsible for several research projects, including international projects supported by the European Community. CISE was investigator-Draft Multi-Year Research funded by the Foundation for Science and Technology. It researcher at INESC TEC being embedded in Unity Power Systems. He is the author of over 200 scientific publications published in Newspapers and Journals or "Proceedings" of national and international scientific congresses. Was linked to the organization of several national and international scientific congresses.

HE was the Chairman of the Department of Electrical and Computer Engineering from 1990 to 1996 and the Coordinator of the Energy Section of the Department from January 1998 to March 2006. Participated in various management bodies of Porto University and the College of Engineering. He was part of the External Review of the Polytechnic in academic years 2000/01 and 2002/03. He has participated in various activities of the Association. From February 1995 to February 2001 was part of the Admissions Committee and Qualification of the Association, and in that time the President of the Commission of Accreditation of Undergraduate Electrical Engineering. Has been a member of the Disciplinary Board of the Northern Region of the Association from March 2003 to March 2009. Currently part of the Admissions Committee and Qualification of the Engineers. Chaired several committees for awarding the quality seal EUR-ACE. He was a consultant of the Programs, Disciplines of Secondary Education in the area of ​​Electrical Installations within the Ministry of Education. Fulfill the mandatory military service in Weapon Engineering, January 1973 to April 1975 (from January 1974 to April 1975 in Mozambique). 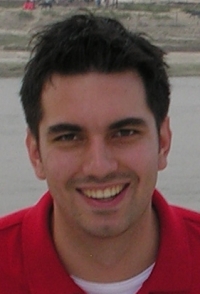