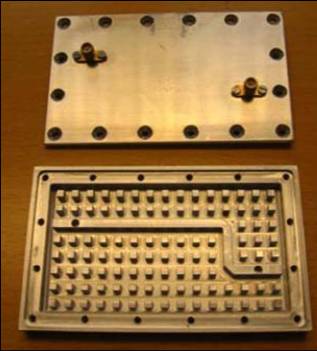 In the last years, the Radiofrequency Group of the University Carlos III has been involved in research related to artificial surfaces, metamaterials as well as its application to patch antennas . Some of these activities have been made in collaboration with the Antenna Group of Chalmers University (Sweden). In this presentation, some of the research lines in which Eva Rajo is involved will be presented. Particularly, the last advances in a new waveguide technology based on artificial surfaces: the gap waveguide, will be described, as well as other recent applications of soft and hard surfaces. This includes the analysis of a new geometry for the gap waveguide: the groove waveguide, and the application of this concept to circuit packaging based on different unit cells. Besides, an introduction to some new research lines related to small antennas including reconfigurability for implantable devices in medical applications will be presented.

CV
Eva Rajo-Iglesias was born in Monforte de Lemos, Spain, in 1972. She received the Telecommunication Engineering degree from the University of Vigo, Vigo, Spain, in 1996 and the Ph.D. degree in telecommunication from University Carlos III of Madrid, Madrid, Spain, in 2002. From 1997 to 2001, she was a Teacher Assistant at the University Carlos III of Madrid. In 2001, she joined the University Polytechnic of Cartagena, as a Teacher Assistant for one year. She came back to University Carlos III as a Visiting Lecturer in 2002, and since 2004, has been an Associate Professor with the Department of Signal
Theory and Communications. Since autumn 2004, she has regularly visited Chalmers University of Technology, Sweden, as a Guest Researcher, where she is now an Affiliate Professor in the Signals and System Department. Her main research interests include microstrip patch antennas and arrays, periodic structures and optimization methods applied to electromagnetics. She has (co)authored more than 30 contributions in international journals and more than 60 in international conferences.