Renewable energy sources such as wind and solar have a high degree of unpredictability and time variation, which makes balancing demand and supply challenging. There is an increased need for ancillary services to smooth the volatility of renewable power. In the absence of large, expensive batteries, we may have to increase our inventory of responsive fossil-fuel generators, negating the environmental benefits of renewable energy.

The proposed approach addresses this challenge by harnessing the inherent flexibility in demand of many types of loads. We develop a distributed control theory and algorithms for automated demand dispatch, which can be used by grid operators as ancillary service to regulate demand-supply balance. We call the resource obtained from these techniques Virtual Energy Storage.

Our goal is to create the necessary ancillary services for the grid that are environmentally friendly, that have low cost and that do not impact the quality of service (QoS) for the consumers. The proposed design uses local control solutions that require minimal communications from the loads to the centralized entity. This is possible through a systems architecture that includes the following elements: i) local control at each load based on local measurements combined with a grid-level signal; ii) frequency decomposition of the regulation signal based on QoS and physical constraints for each class of loads.

A. Busic is a researcher at INRIA Paris Center and a member of the Computer Science Dept. of Ecole Normale Supérieure in Paris. She received a Ph.D. in Computer Science in 2007 and a Master's Degree in Applied Mathematics in 2003, both from the University of Versailles.

Prior to joining Inria in 2009, she was a Post-Doctoral Fellow at INRIA Grenoble Rhone-Alpes and at University Paris Diderot-Paris 7.

A. Busic is a member of the Laboratory of Information, Networking and Communication Sciences (LINCS), a joint lab between Alcatel-Lucent, Inria, Institut Mines-Telecom, UPMC Sorbonne Universities, and SystemX. She served as a TCP member of international conferences ACM Sigmetrics, IFIP Performance, IEEE SmartGridComm, WiOpt, QEST, and as a TPC co-chair for Valuetools 2015. She received a Google Faculty Research Award in 2015 for her research on distributed control of flexible loads. 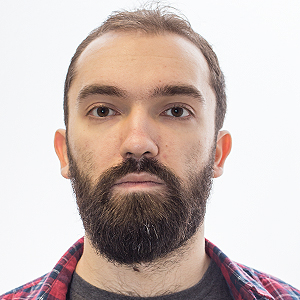